Every day, Bitcoin the cryptocurrency and Bitcoin the technology gets more popular. When in 2011 you had to write a person from the other continent to order a pizza for you with Bitcoins, now you can do something like that in a number of major cities. In some countries like the Netherlands, the entire towns are Bitcoin-friendly (such as Arnhem, often called ‘the Bitcoin city’) now with a range of services available for those who are willing to pay with BTC. The more ways are there to spend the cryptocurrency, the more ways are there to obtain them. Let us look at some of the approaches to help you earn Bitcoins online.

1. Mine your own Bitcoins

The very first way to get your own Bitcoins was through mining. In 2009, every block mined (every 10 minutes on average) brought a reward of 50 BTC to the lucky one who managed to solve the computational problem. Right now, every block brings 12, 5 BTC. While the reward is still luring, there are some issues which stand in the way of earning some loot:

– The hashing difficulty has grown significantly over the last years. No single equipment has enough computational power to compete for Bitcoins.

– In hope for some reward, people are forced to unite in pools or use cloud mining services.

– Even when the efforts are combined, there is still need to pay for the electricity, and the utility bills often exceed the mining reward.

All these factors make Bitcoin mining these days unprofitable. This makes us move forward to the next strategy of earning Bitcoins online.

2. Do work for Bitcoins

If mining is not for you, you can search for work that you can do for Bitcoins. There are multiple services that will offer one an opportunity to work for cryptocurrency. You can find something at Coinality or by just going to /r/Jobs4Bitcoins on Reddit. Currently, you can earn Bitcoins online as a freelancer mainly, but some Bitcoin startups and companies like Overstock offer an option to get the regular payment in BTC. With greater acceptance, there will be more options to look for. 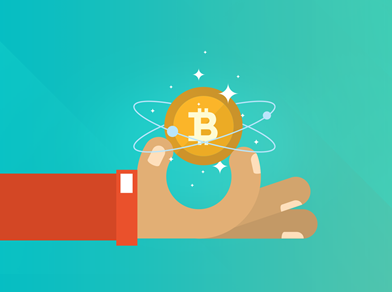 3. Offer something for Bitcoins

Another way to earn Bitcoins online is to sell something for crypto. If you are keen on handmade, you can accept BTC on your ETSY page, and if you are a merchant, you can use your Bitcoin address to accept Bitcoins payment on your website. You can also hang a “Bitcoin Accepted Here” sign at your hotel, restaurant, café etc.

If you are searching for a simple way to earn Bitcoins online, you may try gambling. However, while it might seem to you as easy money, gaming has a number of risks which need to be taken into account. In the following article, we have outlined for you some websites worth checking out when trying out your luck: Bitcoin Gambling. We don’t guarantee that you win, which is why we strongly recommend you to play only if you have some initial capital to spend. On the other hand, who knows, maybe you will get lucky and multiply your crypto.

· Run or work for a store or business that accepts Bitcoin as payment, and generate enough revenue to be paid or pay yourself 1BTC/day.

· Mine with powerful enough hardware to generate, reliably, an average of 1BTC per day.

· To mine 1BTC per day, you’d need roughly 3211+ TH/s (as of 7/14/17) of performance (additional source: I am doing a bunch of math with info from various other sources listed later). Ignoring your electricity costs, which at that point would be astronomical, that comes out to roughly 1BTC/day.