I think iPhone 5c was a marketing move more than a true attempt at a device for Apple. At the time, many cheaper alternatives were flooding the market and Apple needed something that could compete at that price point. The 5c gave them the ability to have a a sub $199 ($99, $49, and in many cases FREE) option for consumers that would keep them from moving to Android or give the Apple ecosystem a try without a big investment.

As a device, it was certainly a weak product for Apple and I imagine one they struggled to really get passionate about. Internally it was much the same as any other iPhone but it did have that cheap, disposable feel that no other iPhone has.

As a CTO, it was a perfect option. With our buying power it was a free phone for us to purchase through Verizon for employees, it was disposable in the sense that we could live with them being broken if it happened, and since it was still iOS like any other iPhone it was managed the same way. These factors where likely a real plus for many other companies looking to invest in a really good mobile experience (iOS) and not spend $199/device.

Overall, I’d say it made sense for Apple, the low cost phone market, but didn’t have the wow factor some expect from every Apple device. 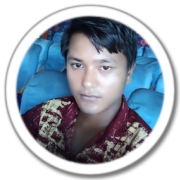 I am a professional blogger about freelancing. According to my knowledge, I try to help others Freelancer. I started blogging since 2017. I also do Affiliate Marketing, CPA marketing, SEO , Wordpress Development and Web Design. I work in various freelancing marketplaces.