It should not be TikTok vs YouTube. On the surface, it’s sort of a fight between two people or two platforms but people are taking it during a very different way.

Content Quality: i’m not on TikTok also i do not follow Youtubers. Does it make both the platform bad? No, It’s my individual choice. All the platforms have a special sort of users and content and there’s an audience for each sort of content then who are we responsible these platforms or content creators?

Content Originality: there’s no such thing which 100% original. We all inspire one another . people that are saying content on TikTok isn’t original then how can they support CarryMinati? Doesn’t he use other’s video/content to roast them?

Why this hate against TikTok?

Socioeconomic Status: Making videos on TikTok is sort of simple and doesn’t require much effort and other people (Viewers) who are on TikTok are just for fun & enjoyment. So, considering the audience and easiness of the platform it’s for everybody be it a village person, a housewife, or anyone who just knows the way to record a video.

People who don’t use TikTok consider TikTok users inferior & less educated/talented compare to them & they can’t accept the very fact that their videos are seen by many people (even if it’s not providing any value).

But my question is why? I don’t like TikTok but if someone is getting followed by 20 million users then there’s a requirement for his/her content. It’s the app with most downloads then who am I to guage the selection of these people that are becoming entertained with the content available on TikTok.

If you’re not liking TikTok then don’t use it, block all the people that share TikTok video but banning or bringing the rating down won’t solve anything.

Religion: It’s hard to admit but the way i’m seeing it many of us who are demanding to ban TikTok have problems with only selective users. Also, on TikTok many top creators are Muslim and that we all know the atmosphere of our country. So this could be also adding fuel to the present controversy.

Fake Nationalism: many of us are uninstalling the app because it’s developed by a Chinese company ignoring the very fact that what proportion we import from China.

YouTube and TikTok are completely different platform and any comparison between them is pure wrong. Quality of any content depends on the respective audience and both platforms have different sets of audiences. One simply can’t abuse the opposite because they’re not liking or enjoying the content available thereon platform.

People from small cities or villages, don’t know much about Quora also & it isn’t much useful for them but they’re not demanding to ban Quora are they? 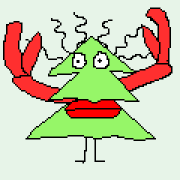